So, the other side of this coin is to notice when you are holding someone else captive audience.

I know what you’re thinking.

“Who? Me? That’s crazy! Absolutely everybody loves to hear stories about my ant farm! Why, I’m certain that if I could just get ahold of those folks from “The Discovery Channel”, they would give me my own reality show in an instant.”

The best way I know how to keep from holding others captive audience, is to check in with them before hand to see if they are interested.

The process is simple, once you condition yourself to notice what it is you want to share with the other person.

For example, while at a cocktail party, you might share with an acquaintance that you have an ant farm, and simply leave it at that. At this point, you could wait to see if they are interested enough to ask further questions, therefore indicating that they are actually interested. (Or possibly just avoiding other conversations at the party) Or, you could ask them if you could share about what you love/find fascinating about your ant farm.

If the other person says they are interested, feel free to proceed with your story.

Make certain to check in periodically, as your enthusiasm might have you get carried away. I find it’s best to let them ask the questions, and answer only what they have asked. That way you know when they’ve had enough.

BONUS POINTS: I find rather than talking about an object (such as your ant farm) it’s best to speak of what it is that has you inspired about it. Share your genuine enthusiasm about the topic, then check in with the person your speaking with about some shared enthusiasm. If the conversation is flowing back and forth, there’s less of a chance that you are holding someone else “captive audience”. 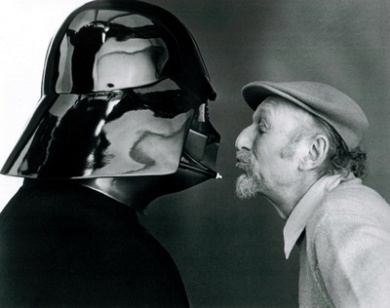 How do you know when you’re being held captive audience? This may sound obvious, but it often takes me a while before I realize the other person is not planning on stopping in the near future.  As with most situations in life, I have to notice whether or not I’m present to the conversation.  Am I actually interested in what this person has to say?  Am I fidgeting, trying to disperse the uncomfortable energy in my body? Am I checking out, daydreaming of anything else, like whale gutting in frozen tundra?

If the answer to any of these questions is “yes”, then you are probably being held captive audience.

You might be asking right now, “Is that bad? I mean, sure I don’t enjoy it, but isn’t that just part of normal everyday life? Sometimes you have to grin and bear these boring and uncomfortable conversations.”
Being in an uncomfortable conversation is not the same as being held captive audience. True, in certain situations where power dynamics are in play, and/or allowing this conversation to happen to reach another means, such as allowing another person to express themselves in service of resolving a conflict.  Captive audience includes the other party being unaware of the fact that you are not interested in what they have to share with you.

So, I’m in a one-sided conversation. What do I do now?

The next step is to consider where you want this relationship to go.

Is this person a casual acquaintance?  Maybe the best thing to do is let the person know that you have other things to tend to, and politely leave the conversation.

“Hey, I think it’s great that you’re so passionate about (Reality TV/Politics/Full-Contact Badminton), but I really need to (Finish my shopping/Connect with someone else/Paint my toenails). Take care.”

Is this a person you want to cultivate a deeper connection with? If so, maybe you could consider that letting them know that you’re really not interested could actually be doing them a favor.

“Hey, I’m really glad to have run into you, but I’m not really interested in (your car/who’s having sex with whom/ect..).”

From there, if you like, you can re-direct the conversation, or excuse yourself.

‘However, I remember you telling me about your (whatever you’re actually interested in about this person). How’s that going?”

By doing this, you’re not only ending the conversation that you’re not interested in, you’re also letting that person know what you are interested in, thereby letting them know how to connect with you better. (Which is probably what had them come and talk to you in the first place)

While it might be uncomfortable at first, exercising this aspect of yourself is like working a muscle. It becomes easier with practice. Once you get comfortable with this, you might find yourself cultivating deeper relationships, and building your integrity.